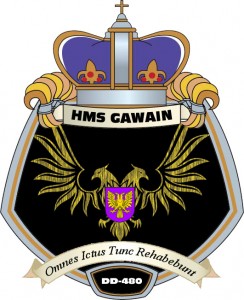 The RMN at CONvergence. Members from Musashi and Gawain can be found here. (Photo by LTSG Lauri McCloud)

Esher finds the mother lode of celery, being worn by the Fifth Doctor, while Captain Bailey tries to stop him. (Photo by another Doctor, on Captain Bailey's camera) 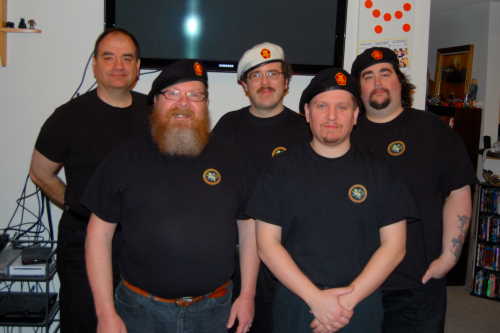 A few of us got together in March to meet the Madison crew.
Back Row (l-r): Helmsman's Mate Eggert, Captain Bailey, CPO Port
Front Row (l-r): Spacer O'Leary, Ensign Maka 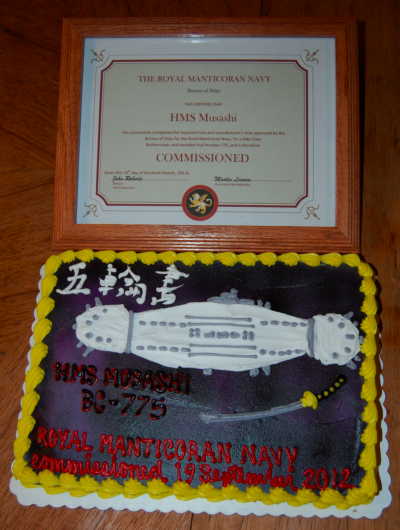 Our cake decorator outdid herself on the cake. 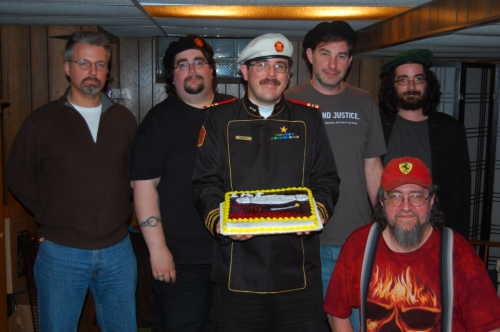 A few of us got together in October to celebrate our new ship.
Back Row (l-r): PFC Jones, CPO Port, Captain Bailey, Commander Poll, PFC Senzig
Front Row: Spacer Mrozak 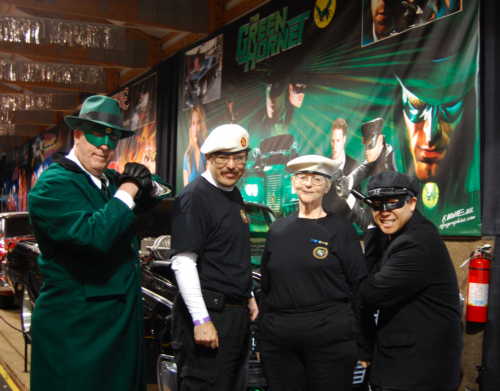 Earlier in the day, Lieutenant Commander Weber and Captain Bailey visited the Volo Auto Museum and tried to recruit some more Marines. Alas, the Black Beauty wouldn't fit on the pinnace to get up to the ships. 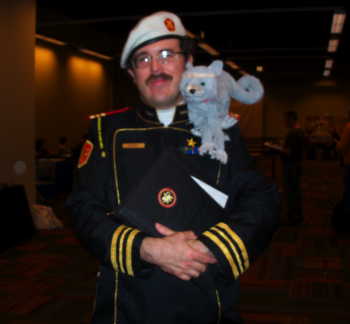 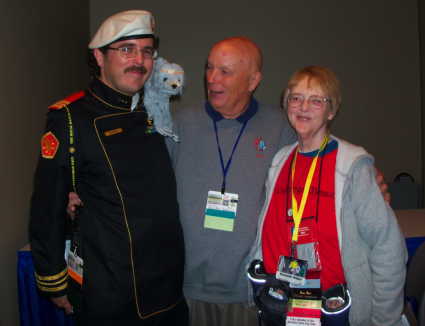 Astronaut Story Musgrave with Captain Bailey, Escher and Bosun Weber. While we only dream of being in space, he's been into orbit on all five Space Shuttles, twice on Challenger. 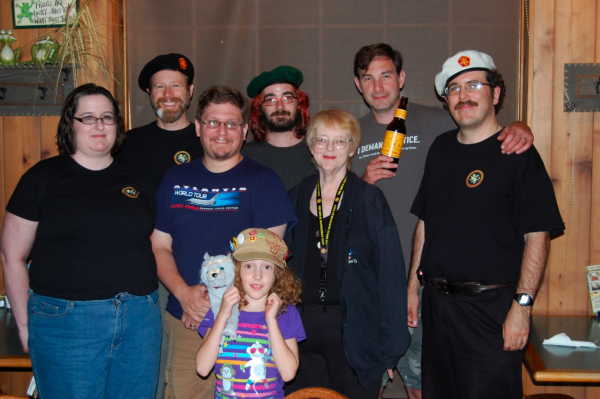 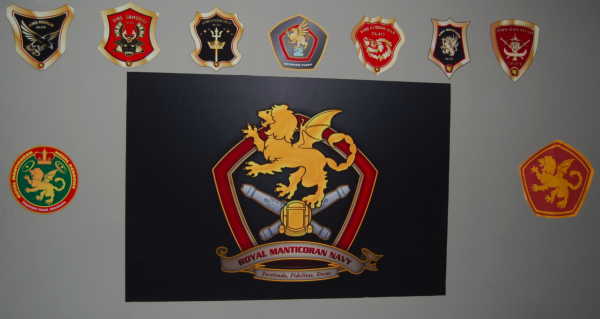 Ship crests for all of the Second Fleet ships - Galahad has its alternate version here, on the far right. 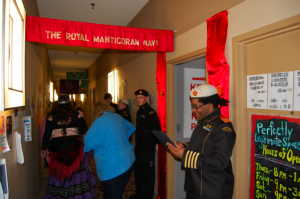 Entrance to the RMN party room 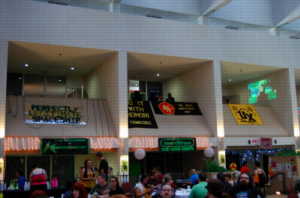 View of the RMN party room from the atrium 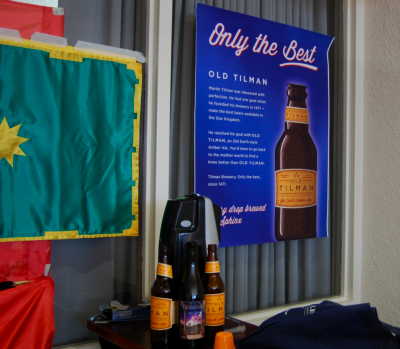 We serve only the best (Old Tilman's, and
Delacourt '27) at the RMN party room! 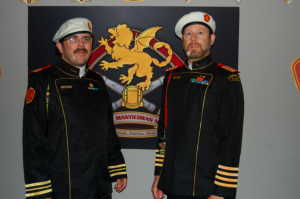 Captain Bailey, and Captain Neitz (shortly before the latter's promotion to Commodore) 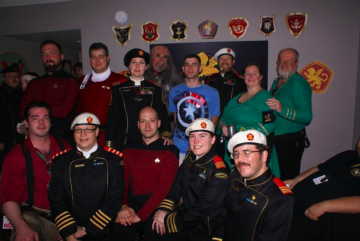 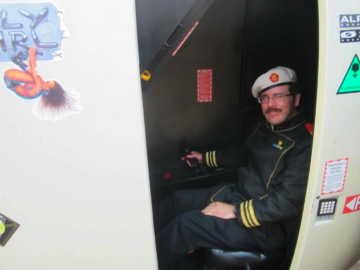 Captain Bailey, piloting a Mad Cat, about to be schooled by the First Lord of the Admiralty and Captain Neitz 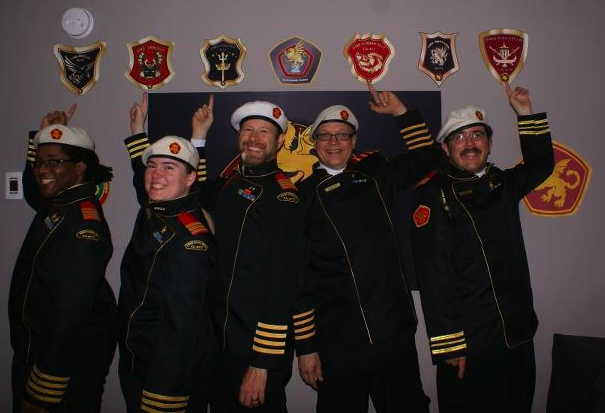 Most of the Second Fleet captains pointing to their ship crests - Grays of Merlin, McTavish of Samurai, Neitz of Invincible, Larson of Kodiak Max, and Bailey of Galahad (missing only Nelson of Gryphon) 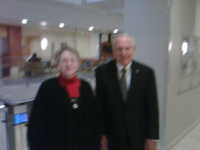 Coat of arms of Sir Galahad,
Knight of the Round Table